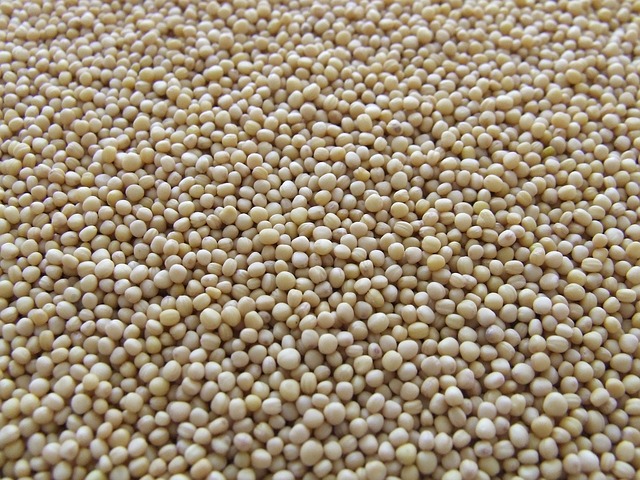 Faith The Size of . . . The Twelve Disciples

The instant initial faith of the disciples when Jesus calls them is unexplainable.  Peter and brother Andrew were fishing and Jesus says follow me and they immediately left and followed.  James and John are mending nets with their father and Jesus calls them and they leave dad behind instantly.  Matthew is sitting at the tax office and Jesus says follow me and he got up and followed.  Philip, Bartholomew, Thomas, James, Thaddaeus, Simon, and Judas followed Jesus as well.  No one seemed to say anything, they just followed.

So many questions come to mind.  What about my family, kids, work?   Can I at least tell them I’m leaving?  Where are we going?  How long will we be gone?

It was Jesus and they followed him in pure faith.  During their time spent together Jesus was teaching and healing multitudes of people.  The disciples got to see first hand the miraculous things Jesus had done, which is why it is pretty interesting to me when it comes to the next several events where their faith was tested and they didn’t exactly pass.

Jesus feeds the five thousand with only five loaves of bread and two fish. He took it, blessed it, and broke the loaves, and when it was all said and done all the people were fed with tons of leftovers.  So one would think that after witnessing what Jesus could do with such little food, that the next time they had a large crowd to feed it would be a simple request.  Something like “Lord please bless what little we have and let us feed all the people as we did earlier.”  Nope not with the disciples, they actually asked where they could find enough bread in such a desolate place.

After Jesus blesses again and feeds 4000 more people, the disciples got on a boat and forgot to bring the extra bread with them. They started “discussing” it, which probably sounded more like complaining, and Jesus reprimanded them. He basically said you have little faith, what are you talking about? Don’t you remember how I fed the 5000 and the 4000 and there were baskets left over?

Jesus actually mentions the disciple’s little faith multiple times.  He mentions it when Peter walks on water but starts to sink.  “You of little faith, why do you doubt,”  Jesus mentions it when the disciples could not drive the demon out of a man’s son.  “You unbelieving and rebellious generation.  Because of your little faith, you couldn’t drive the demon out.” After Jesus explained what is to come with his death and resurrection, He had to rebuke Peter because in more or less words Peter says “no this is not about to happen.”  Even after Jesus’ resurrection, the eleven disciples, while traveling to Galilee saw Jesus again but  “some of them doubted.”

I’m grateful for these stories in the bible and how applicable it is to the average person.  Jesus handpicked the twelve disciples, but they were just mere men with issues, fears, and doubts, just like you and I.  These men spent a considerable amount of time watching Jesus perform miracles and carry out His own unwavering faith in God, yet they still had moments of “little faith” even with Jesus standing right beside them.

It gives me such hope to know that throughout their multiple “little faith” moments, that Jesus still sent them out to make disciples of all nations with the promise that he would be with them to the end.  This applies to us now.  So keep the faith, EVEN if sometimes it’s only the size of a mustard seed.  (Matthew 17:20) 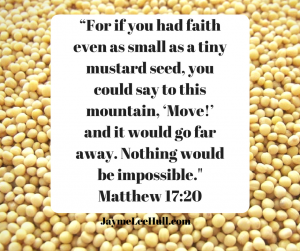 For more encouragement read more posts by Nicole at  www.Idowediditsdone.com

© 2021 Jayme Lee Hull - Spiritual Direction Coach. All Rights Reserved. Developed by DuoParadigms. This site participates in select affiliate advertising programs and may make a commission from your clicks/purchases from these links.