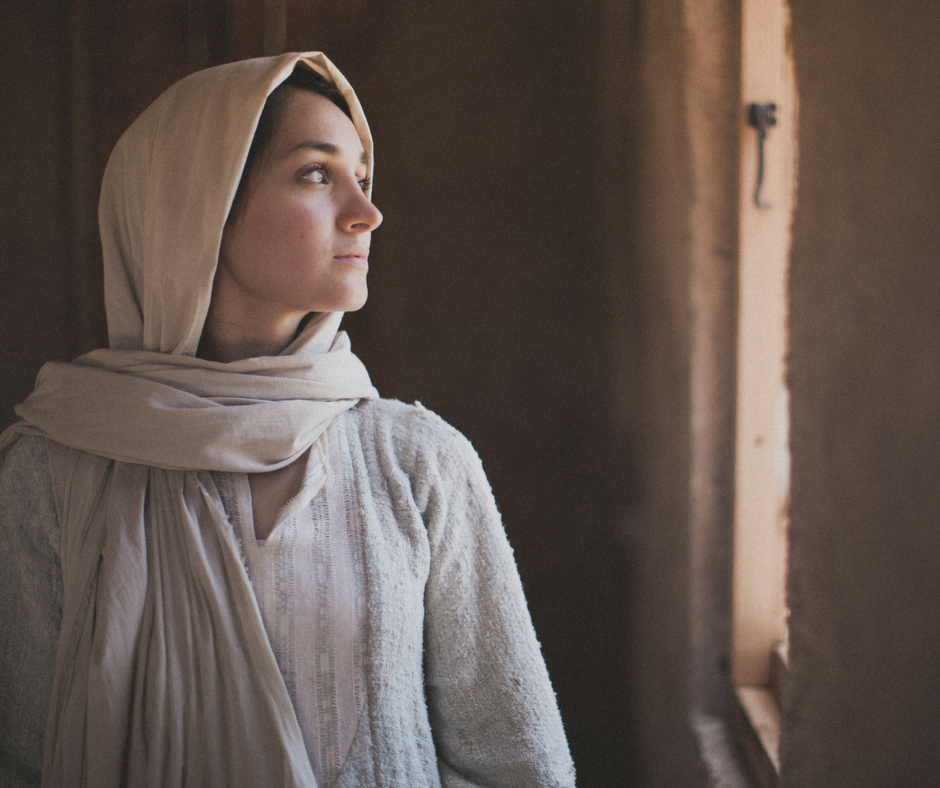 The women who ministered to Jesus and His disciples during the three years He traveled throughout Palestine was a diverse group. Matthew lists Mary Magdalene, Mary the mother of James and Joseph, and also the unnamed mother of James and John (27:56). Mark names Salome and says “many other women” had come to Jerusalem the week Jesus was crucified (Mark 15:40-41). In his gospel, John includes Mary, the wife of Clopas (John 19:25). Most likely, Joanna and Susanna were also in Jerusalem (compare Luke 8:3 with Luke 24:10).

These women came from different social strata. Some were the wives and mothers of fishermen. Joanna was married to King Herod’s steward. A few were financially independent: Luke records that they supported Jesus’s ministry “out of their own means” (Luke 8:3 NIV). Some scholars believe Salome was the wife of Zebedee, the mother of James and John, and could have been Mary the mother of Jesus’s sister (compare Matthew 27:56 and Mark 15:40 with John 19:25).[i]

Luke also identifies the thread that bound the women together—Jesus had freed them from either disease or demons (Luke 8:2). Gratitude motivated them to serve their Lord and Savior. They probably fixed the meals, washed and mended clothes, fetched water, purchased food—whatever could make Jesus’s ministry possible.

All four gospel writers tell us these women came to Jesus’s crucifixion. Luke says, “All those who knew him, including the women who had followed him from Galilee, stood at a distance, watching these things” (23:49 NIV). How great their sorrow must have been as they watched the crucifixion. On that horrific day, did they wonder, How can it end like this? How could we have been so wrong about Jesus?

Even if they doubted, they kept vigil until the soldiers took Jesus down from the cross. Then they followed Joseph of Arimathea and Nicodemus to the tomb (Luke 23:55). Compelled by their steadfast love for Jesus, they purchased spices and went to the tomb early Sunday morning—as soon as the Sabbath laws permitted them to do so (Luke 23:56-24:1).

How spectacularly was their devotion rewarded! They saw the empty tomb before anyone else. They first heard the glorious news: “He is not here; he has risen!” (Luke 24:6). They hurried to tell others that Jesus had risen—just as He said (24:8-10, Matthew 28:8).

These women are such worthy role models. They humbly served their Savior in the most menial tasks because they loved Him and wanted to be near Him. Even when it seemed their service had been futile, they still served Him, still loved Him.

Oh, that our love would be as selfless as theirs and our devotion as steadfast. Jesus has freed us from the most fatal disease—sin. He has delivered us from the power of every evil influence that can separate us from Him. May we be as quick to tell others of our Risen Savior as the women of Galilee were. 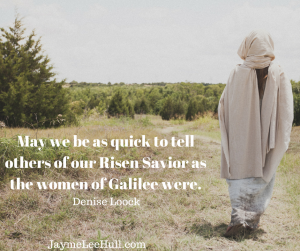 Take the next step: Whom can you serve this week as selflessly as the women of Galilee served Jesus? Is there a local shelter, halfway house, foster home or soup kitchen that needs volunteers?

[i] Learn more about all the women of Galilee by consulting a reference book such as Unger’s Bible Dictionary or All the Women of the Bible by Herbert Lockyer.