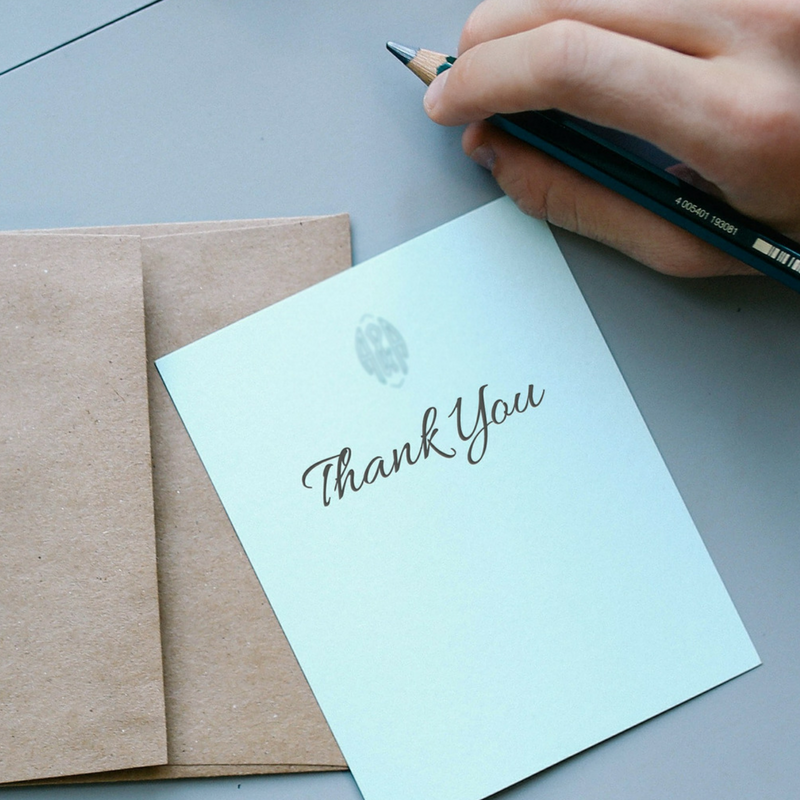 The Lost Art Of The Thank You Note

“Feeling gratitude and not expressing it is like wrapping a present and not giving it.” William Arthur Ward

Several years ago I read the book, The Five Love Languages, by Gary Chapman. It was here I discovered one of my love languages was gifts. Oh how I love gifts: the giving and receiving of them. My love tank fills to overflowing as I anticipate giving a gift that has the potential to bless someone. 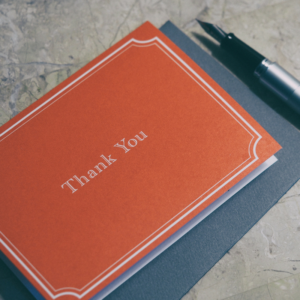 Lately, however, I find myself becoming a less-than-enthusiastic-gift-giver as I realize how few thank you notes we’ve received from recipients of those gifts over the last few years. Now, I know what you might be thinking because believe me, I’ve corrected myself for thinking that way, too.

God loves a cheerful giver and you don’t give to get a thank you.

And you’re right. We don’t give to get a thank you; I know that’s not why we give. But, after another year of showers, weddings, and gift -giving brought a disproportionate number of thank you notes, I began to wonder: when did it become acceptable to receive without offering thanks in return? Yes, I know…

You shouldn’t give to get a thank you.

And as I began to offer up my prayer of forgiveness for my obvious immaturity, I read this story about Jesus and the ten lepers.

While Jesus was on the way to Jerusalem, He was passing [along the border] between Samaria and Galilee.  As He entered a village, He was met by ten lepers who stood at a distance; and they raised their voices and called out, “Jesus, Master, have mercy on us!”  When He saw them, He said to them, “Go and show yourselves to the priests.” And as they went, they were [miraculously] healed and made clean. One of them, when he saw that he was healed, turned back, glorifying and praising and honoring God with a loud voice; and he lay face downward at Jesus’ feet, thanking Him [over and over]. He was a Samaritan.  Then Jesus asked, “Were not ten [of you] cleansed? Where are the [other] nine? Was there no one found to return and to give thanks and praise to God, except this foreigner?”  Jesus said to him, “Get up and go [on your way]. Your faith [your personal trust in Me and your confidence in God’s power] has restored you to health” (Luke 17: 11-19, AMP).

Now, don’t get me wrong – I understand our gifts may not be quite as dramatic and life-changing; nor do I expect anyone to lay face downward at my feet, thanking me over and over. But I noticed even Jesus questioned why only one of the healed had come back to thank Him for the gift given to them. Only one. There were ten.

Were the nine lepers so focused on showing themselves to the priests they simply didn’t want to waste valuable time? After all, the priest’s declaration of “clean” would allow them back into the community – something they were desperate for no doubt. Maybe that’s it. They were just too excited. Too focused to make the time for the thank you. But Jesus noticed. And He wondered where they were and He wondered where their thank you was. Now I don’t feel quite so bad for wondering.

This month we set aside one day to offer our thanks but as Robert Caspar Lintner said, “Thanksgiving was never meant to be shut up in a single day.” As we allow God to change our identity – one letter at a time – may we be known as a people full of gratitude. So much so that we are compelled to put pen to paper and send a note of thanks.